All Quiet on the Eastern Front?

Tuesday, May 10, 2011, following the screening of Khodorkovsky. The film will begin at 6 PM.

A debate on the state of contemporary Russian democracy, moderated by Michał Kacewicz from Newsweek magazine, will follow the screening of Khodorkovsky.

This year's PLANETE DOC Film Festival features a special section of films about Russia - All Quiet on the Eastern Front. The emerging image of contemporary Russia leaves viewers with a number of questions. The situation in Russian can hardly be called beneficial to the development of civil society, which safeguards democracy. Nevertheless, the Russian regime is still considered to a democracy – a sovereign one according to its supporters, a guided one in the eyes of its opponents.

What is the contemporary Russian democracy? Is the situation in Russia changing? These are some of the questions that will be considered by Krystyna Kurczab-Redlich, Polish journalist proclaimed to be the „Polish Anna Politovskaya and Kamil Wyszkowski, head of UNDP office in Poland. The film Khodorkovsky will serve as a starting point for the discussion.

Another panelist will be Valerij Balayan, Russian filmmaker and director of the shocking documentary Love Me, Please!, a film portraying the rise of neo-nazism in Russia.
Michal Kacewicz

The debate will be held in Polish and English. 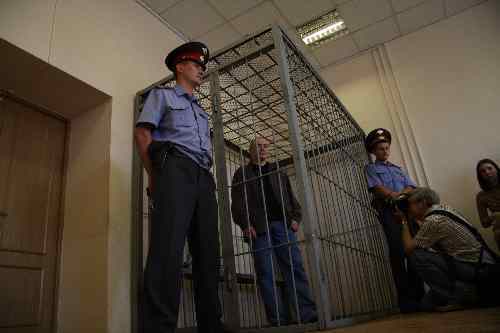